Pinto Pete and His Ranch Boys 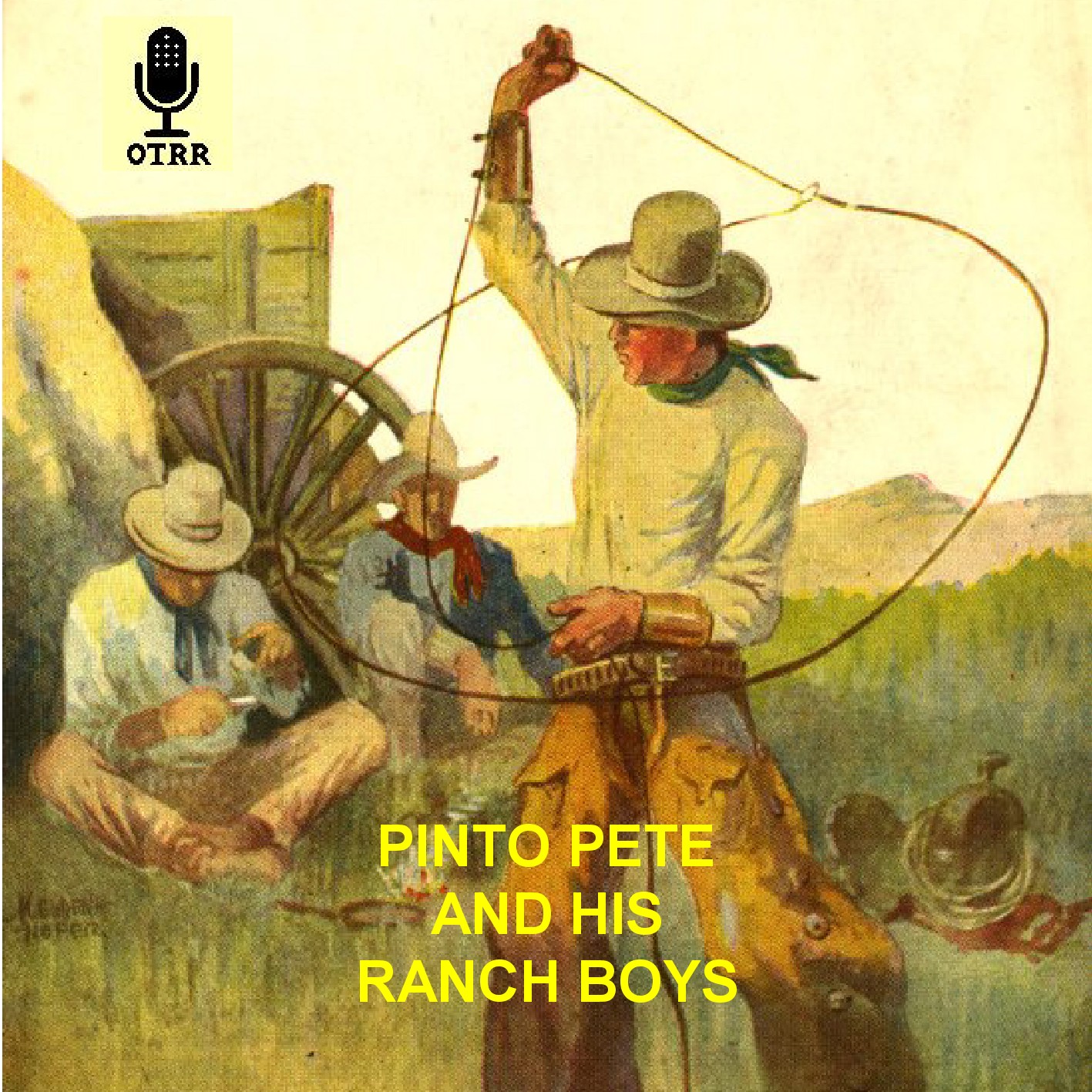 Pinto Pete and His Ranch Boys

PINTO PETE AND HIS RANCH BOYS

The Old Time Radio Researchers are excited to bring to you these little-known country and western programs. Pinto Pete and His Ranch Boys recorded 104 shows and Pinto Pete in Arizona an additional 78. References to the Ranch Boys are found as early as 1930, though they may have been on earlier. They broadcast over KTM those first few years, nearly every day and at various times. Jack Ross, a versatile actor and producer apparently served as Pinto Pete, with Joe "Curley" Bradley and Ken "Shorty" Carson rounding out the trio. All three had acted as stuntmen. They also appeared in a few movies, including It Happened One Night and In Old Monterey. The first recorded notice of the Pinto Pete and His Ranch Boys that researcher Ben Kibler was able to locate was a December 13, 1933 broadcast in Sandusky, Ohio. Mentions of the broadcast appeared through 1936. In 1935, they auditioned for the Tom Mix radio show in Chicago and Curley got the part of "Pecos", Ross got the lead of "Tom Mix", and Carson was to play bit parts. But Ross only got to play Mix once. While in Hollywood doing some movies in the summer of 1938, they rode their horses from Hollywood to Chicago in a publicity stunt that landed them on National Barn Dance for three months. Researcher Ryan Ellett perused the Los Angeles Times from 1930 to 1935 and turned up a few mentions that indicate the trio might have moved on to better pastures. Producer Grace Gibson introduced Australia to Pinto Pete And The Ranch Boys about 1934, according to researcher Ian Grieves, and the program was heard off and on through 1944. They were on the Blue Network in the U.S., according to a 1940 magazine ad, and on a Phoenix Arizona station in 1952.

Reviewer: kevcoforkney - - May 29, 2011
Subject: probably 1934
Despite the newspaper radio log listings, I believe these shows date from 1934. The Sandusky, Ohio and other early "Pinto Pete" newspaper log sightings almost certainly are connected with other shows, such as a local cowboy singer or something of that sort. Jack Ross is not, as indicated in the description, Pinto Pete. That role is acted by a different actor/ singer (perhaps the same guy who played the lead in the 1937 LA-based western music soap opera "Sunny Valley"). Jack Ross appears here as Jack. Ken Carson is Shorty, and Joe Bradley is Curley. Carson plays the guitar and occasionally harmonica. The bassist and stuttering comedian is George "Shug" Fisher, the fiddler may be Jerry Turner, but is more likely to be Jerry Hutcheson, who like Fisher, Carson and Bradley, was a veteran of Stuart Hamblen's Covered Wagon Jubilee. There is an accordionist named Dooley. The Randall Sisters (who originally performed and recorded under their real name the Aaron Sisters) appear in about 48 of the shows and at their best they're fantastic, like some hillbilly Boswell Sisters. There is an unidentified female trio in a further 12 shows (not nearly as good as the Randalls) and a vocal group that sounds like the Mills Bros in a few more shows. Shug Fisher left California for the midwest late in 1934, and I think the Ranch Boys were in Chicago by 1935, so I'm pretty sure these shows date from 1934, and a few of the songs, like "Broadway's Gone Hillbilly", point to that, too. The dated humor and racial insensitivity aside, these are a lot of fun -- particularly if you're like me and are interested in the burgeoning Los Angeles western music scene of the period. The Ranch Boys recorded a good bit for Decca, but it's great to hear them here getting to do more solo work, particularly Curley Bradley's interpretations of Jimmie Rodgers songs, Carson's gorgeous ballads, and Ross' folky novelty tunes. I love the Randall Sisters, too, and they left very little in the way of other recordings, so the nearly 50 songs that they sang on these shows are a real treasure in that regard. Pinto Pete's booming baritone arguably already belonged to a bygone era in 1934, but what the hell..
Reviewer: sav rekons - favoritefavoritefavoritefavoritefavorite - April 24, 2011
Subject: disagree
i disagree quite strongly to the last two comments. these radio programs are part of history, and whether they're racist , political correct , country and western is beside the point. i myself like these in small doses. the researcher should be commended on a job well done. all you have to do is click on the other two so called reviewers , reviews , what a joke.

sav rekons 4 stars
ps i'll click 5 cause the other two dont know jack
Reviewer: Ampico - favorite - March 11, 2011
Subject: Not wonderful
The singing is not too bad, but the rest of the show is. I understand the racist humor is par for the time, but the dialogue between songs is just awful.
Reviewer: perlster - - March 11, 2011
Subject: poor description
"country and western" WHAT?
music?
comedy?
drama?
a mix of all three?

Uploaded by OTRRArchive on March 8, 2011